Looking forward to our next few!

……… OWING TO THE CORONAVIRUS PANDEMIC WE’VE HAD TO SUSPEND ALL REHEARSALS AND CONCERTS FOR THE FORSEEABLE FUTURE.  WE HOPE EVERYONE IS KEEPING WELL AND SAFE, AND WE LOOK FORWARD TO SEEING YOU WHEN EVERYTHING SETTLES DOWN. 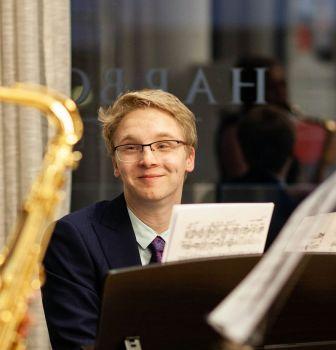 Having discovered the piano and the clarinet aged 15, Myles quickly uncovered a passion for music and keyboard instruments, leading him to take up the organ with Geoffrey Holroyde in 2013, becoming an organ scholar for Holy Trinity Church following the refurbishment of the Handel Organ. After leaving Gosport to read French and Music at Southampton University, Myles went on to delve into orchestral and choral conducting alongside piano and organ recitals in the city, whilst working for St. Barnabas Church as their principal organist, spring-boarding his freelance accompaniment and teaching work in the city.

From 2016-17 Myles lived and studied in Rennes, Bretagne (France) in order to deepen his expertise in choral accompaniment, medieval music (studying the Magnus Liber Organi – 12/13th century organum from Notre-Dame) and translation, whilst liaising with Loïc Georgeault, organist for La Cathédrale de Saint-Pierre in Rennes.

Upon his return to England, Myles took up the post of Organ Scholar for Cantores Michælis at St. Michael’s Church, Southampton, and Senior Organ Scholar for Romsey Abbey, where he took part in the recording of the “Victoriana!” CD with George Richford and David Coram. Myles then became Director of Music at St. James Church, West End, and he currently teaches piano, organ and composition freelance around the city, whilst working alongside the music service as a peripatetic instructo, and he sits on the committee of the Winchester District Association of Organists. Myles is currently working towards an Associateship of the Royal College of Organists with the help of John Challenger (Assistant Organist, Salisbury Cathedral). 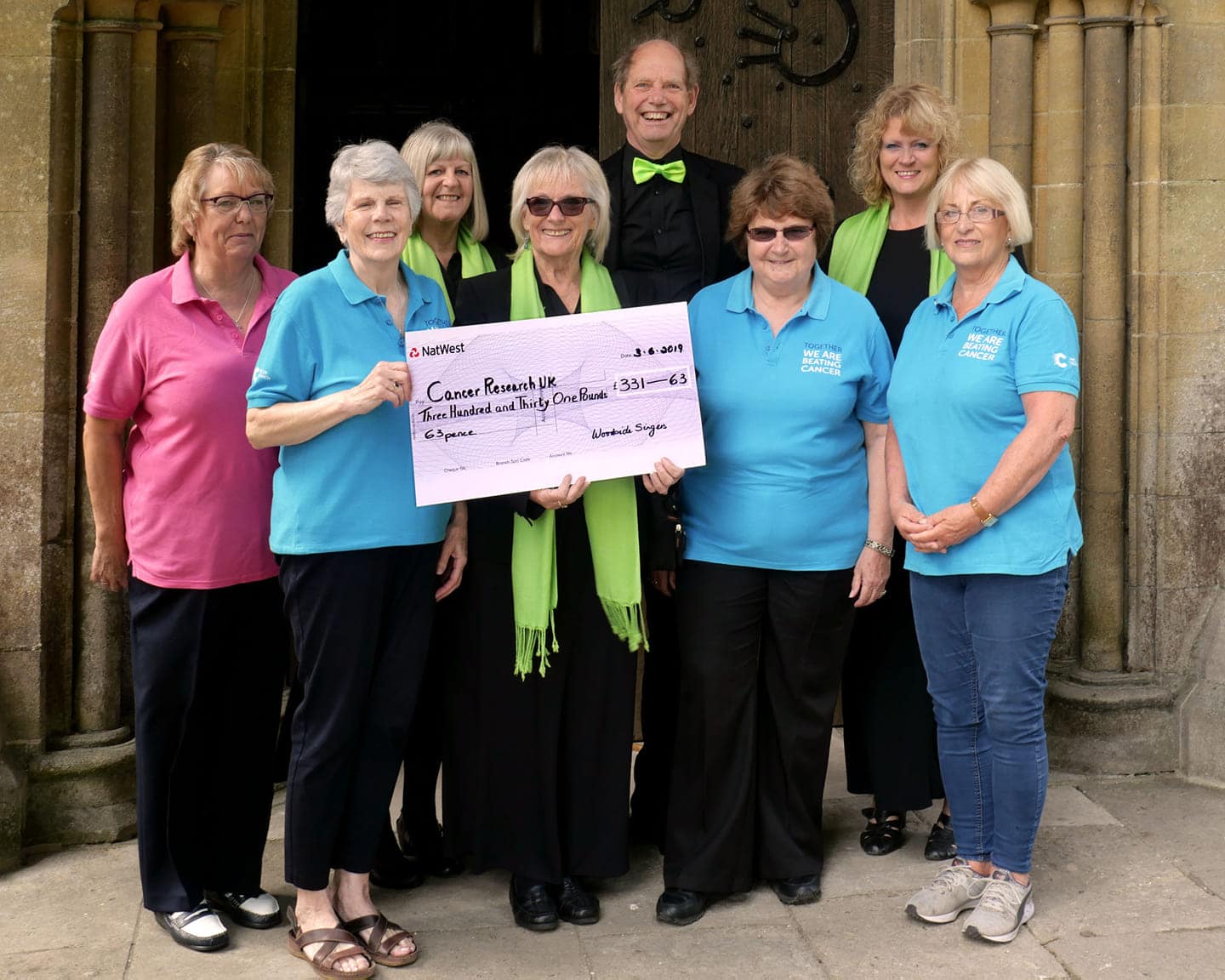 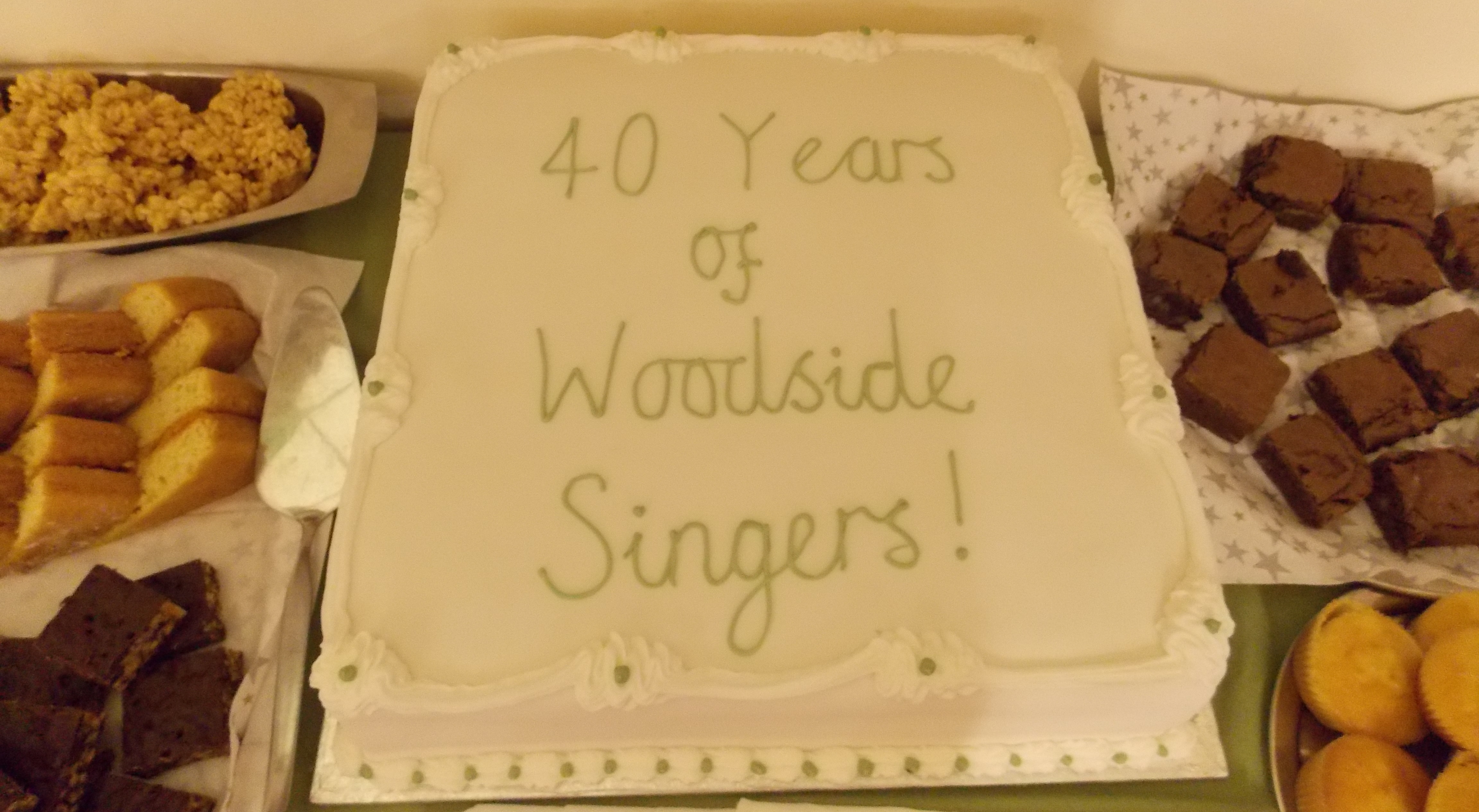 Fundraising from our  concert in April 2019

We are pleased to announce that the “bucket collection” by the Romsey and Wellow Friends of Cancer Research UK raised a phenomenal £336.63 at the end  of our concert at Romsey Abbey in April.  Thanks to all who came to the concert to support us, and for the donations.

Our 40th anniversary bash in early September 2019 was a great success with many previous members of the choir coming along to reminisce over past concerts, rehearsals and social evenings.  Thanks to everyone who came along to make it such fun.

We are looking for new members! If you love to sing, please get in touch…..